Linear fanning gives a regular offset to lights, like when you fold out a paper fan - the lights point out to follow the lines in the fan - like this one: 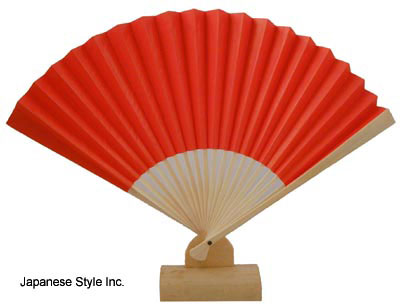 If you applied a basic linear fan to 3 lights they would face like below:

On a little to the left, one in the centre, and one a little to the right. The slider for “First” adjusts how much of an offset the first light is given, so following on from the last example, if you increased the value on the “First” slider, your lights would point like below:

The first one fully to the left, the other two as they were before. If you increased the slider marked “last”, you would this:

the first light fully to the left, the centre one pointing straight out and the last one fully right.

Now if you left the settings the same, but applied them over 5 lights, you would get this:

Can you see how they “fan” out from each other?

Lets go back to saying we have 3 lights. The “centre” of the fan is the light which points straight out - the one which is not affected by the fan. In the last few examples, the 'centre offset' would have been set to 50% - making the centre of the fan, the middle light of the 3 lights - therefore it is pointing straight out. So if you were to set the centre offset to “0”, you would make the far left light the 'centre' of the fan and you would get this:

The far left light is pointing straight out, the middle one is a bit to the right and the last one is fully right. If you set “centre offset” to 100% you would get this:

Now the far right light is straight out. Basically you only have half of the “fan” because the centre of it is moved all the way left or right.

DO NOT confuse “centre offset” with “centre”. “Centre offset” moves the “centre” along the line of lights as described above. “centre” applies an angle to the centre light so it is not point straight out anymore - basically this allows you to apply a fan, then make the whole fan point the left or right. Imagine you are holding a paper fan and you rotate the whole thing to the left or right - the spacing between the lines in the fan has not changed, but the whole thing is pointing in a different direction, this is what the “centre” control does to the fan you have in your lights.

So its a bit complicated but very useful - especially for an interesting look on big rigs (try fanning multiple set of 4 or 5 lights). Hopefully this will help you all understand how this cool new feature works.

Back to the DMX Wiki